The Vitosha Philharmonic Orchestra, making its home in Sofia, is a live performing and recording orchestra created by bringing together some of the world’s most finest and experienced musicians.

Established in 2013, The Orchestra was brought to life to become prolific, as it is diverse, in any live or recording production, ranging from productions in the purist and neo classical through to full philharmonic sound in a wide spectrum of modern contemporary genres.

Musicians that make up the Orchestra membership have been specifically selected for their experience, diversity and ability in both live and recording productions to ensure that any production is delivered at the highest standard.

The experience of the Orchestra members allows the flexibility, to perform or record, from a quartet to the full width of its 110 members as a philharmonic orchestra.

REVIEW: Andrea Bocelli stuns Inverness with once in a generation performance

Andrea Bocelli achieved what he described as a “personal joy” by making his first ever performance in the Highlands become reality.

Many could hardly believe it when it was announced last year that world-renowned tenor Andrea Bocelli would perform live at Inverness’ Tulloch Caledonian Stadium.

But yesterday evening, the time finally came and Bocelli pulled out all the stops in what was a truly magnificent performance.

With the rain drizzling and ponchos at the ready, you couldn’t help but feel a tinge of Pavarotti’s famous Hyde Park concert in 1991 as a certain other Italian tenor’s vocals wowed in Inverness.

Bocelli quoted Burns in the run up to the show saying that his “heart is [also] in the Highlands” and as he graced the audience with one aria to another, many more hearts joined with his last night.

This wasn’t the type of performance you’d see every week in the Highlands – it was a once in a generation spectacle that will live long in the memory of those lucky enough to make it.

Bocelli on stage at the Inverness Caledonian Thistle Stadium.

Having sold more than 90 million albums in his career, Bocelli is the biggest selling classical soloist in recording industry history.

To have a performer of such magnitude visit Inverness was a rare sight for everyone in attendance.

Walking onto the stage, Bocelli was duly greeted with widespread applause after an emotive opening overture from the on-stage orchestra, Vitosha Philharmonic, conducted excellently by Marcello Rota.

Bocelli kicked off proceedings with one of the most famous arias ever written – Guiseppe Verdi’s La Donna È Mobile – and it was clear that this night would be something special.

Gazing out across the crowd, people young and old took the chance to catch the performer deemed to be one of the greatest living tenors of our era.

Hushes of anticipation fell with every song transition and the attentiveness among the audience showed how much respect they had for the performance, displayed in such a one-off setting.

Crowds gathering for the Andrea Bocelli concert in Inverness.

There’s something special about seeing live music being performed in the open air.

Yet, as Bocelli’s inimitable tenor vocals echoed around the ground, the size of the stadium made for a more intimate feeling performance than the likes of a 50,000-seater show.

To capture a truer Highland feeling, it could have only been topped if we were all perched atop nearby Craig Phadrig with Bocelli in fine song – but logistics would’ve had a bit of a say in that.

Nonetheless, the audience were certainly made to feel physically and emotionally connected with the performance and to achieve this in an open-air setting, which can often be difficult, was highly commendable for Bocelli and his stunning array of guests.

The first half of the performance consisted mainly of classic Italian arias.

Her duets with Bocelli throughout were one of the main highlights of the show; the pair’s vocals intertwined harmoniously and their on-stage connection was palpable.

In particular, Bocelli and Pasaroiu’s rendition of La Traviata was a real high-point and concluded the first half of the show superbly.

However, this came after the Bocelli’s special guest, Scottish violinist Nicola Benedetti, took to the stage to showcase a delicately tender violin piece that brimmed with emotion.

Welcoming the audience back to their chairs after a drizzly interval, Benedetti joked about the typical Scottish weather making a timely appearance before playing one of her own pieces of music – and one of the most powerful of the night.

“I wrote this piece all about Scotland,” Benedetti declared and there was something magical about its violin melodies, backed beautifully by the orchestra, that evoked a deep-rooted sense of home that was fitting for the occasion.

Bocelli’s performance was part of his Believe world tour, which came off the back of his new album featuring a selection of songs that have inspired the artist throughout his career.

Bocelli has been known to introduce pop elements into his music over the years and with the introduction of pop guest, singer Ilaria Della Bidia, this section of the show went down well with the Inverness audience.

Sensuous Latin numbers and a charming rendition of Louis Armstrong’s What a Wonderful World offered nice versatility in the setlist.

Contemporary dance performances by Angelica Gismondo added to this longside a short cinematic style performance played by the orchestra with a montage dedicated to Italian director Federico Fellini projected on the background screen.

But just as Bocelli looked as though he was about to head off backstage, out came his specially designed Inverness Caledonian Thistle tartan suit and the final parts of the show that everyone had been waiting for.

O Sole Mio, a Neapolitan classic, was the first of three encores performed by Bocelli to round off the performance in style.

“Sing with me, if you know this one,” he proclaimed to the crowd and to hear such a recognisable tune being performed by a world-renowned performer was nothing short of mesmerising.

A heartwarming duet of Time to Say Goodbye with Pasaroiu followed, inducing a few tears here or there and prompting many in the audience to sing along.

But the pièce de résistance for the great tenor, as many expected, came with his rendition of Nessun Dorma.

Bocelli’s legato vocals (performed in a smooth, flowing manner) added his own signature touch to the classic piece.

He comfortably reached the glass-shattering high B note that’s both the dream and nightmare of the world’s greatest tenors in awe-inspiring fashion, inducing goosebumps of warmth among the shivery, grey night.

For Bocelli, having now achieved his “personal joy” of doing his first ever performance in the Highlands – and hopefully not his last – it’s fair to say that a piece of his heart will now always remain here. 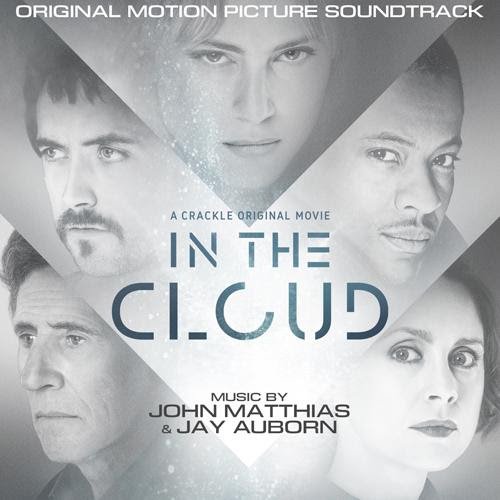 IN THE CLOUD (Madison Gate, out now) is a heady and energetic yet distorted vision for a science fiction thriller exploring the worlds of VR as memories, as composed by John Matthias and Jay Auborn with the help of Bristol’s chamber choir and the Vitosha Philharmonic Orchestra in Bulgaria. In The Cloud has a complex and fractured sound, flirting with gorgeous string melodies and piano and juxtaposing them with harsher electronic beats, including some thumping clubland pieces. Conceptually it wouldn’t be the same without some portentousness, which is underlaid by the haunting choir whose fusion with the crackling percussion is surprisingly wonderful.